It’s funny what you take on holiday. I packed less for a month in India a few decades ago than I did for last week’s break in north Norfolk. Maybe it’s an age thing, maybe it was because we were taking a car and had no luggage restrictions.

We loaded up with a backlog of unread books, a goodly supply of booze and a pile of home-grown vegetables, on the basis that the garden doesn’t take a summer break even if we do. And my favourite knives. Holiday homes rarely have sharp knives or, apparently, salad bowls but hey-ho, make do and mend, British stiff upper lip and all that. First world problems.

We were amply compensated by having access to a really lovely garden, which came with an injunction to help ourselves to its herbs. We were staying in Stiffkey, or Stewkey as it’s known locally, famous for its Stewkey Blue cockles.

I’d hoped to be able to go foraging for them – with an expert, as Stiffkey’s marshes and fast-moving tides are notoriously fickle – but apparently it’s not been a good season for The Blues. We contented ourselves with a pot of pickled cockles from further along the coast, as served by the village pub, the Red Lion.

I haven’t been on holiday in north Norfolk since I was a child (caravanning in West Runton, since you ask) and Stiffkey is an ideal spot for ranging up and down the coast. The marshes are hauntingly beautiful, perfect for bird watchers and dog walkers, or just walkers.

The village is also home to the well-known and much photographed Stiffkey Stores, source of excellent coffee and croissants and pantry sundries and with an achingly tasteful homeware shop. What? Yes, of course I bought something. I’m a sucker for enamel ware. 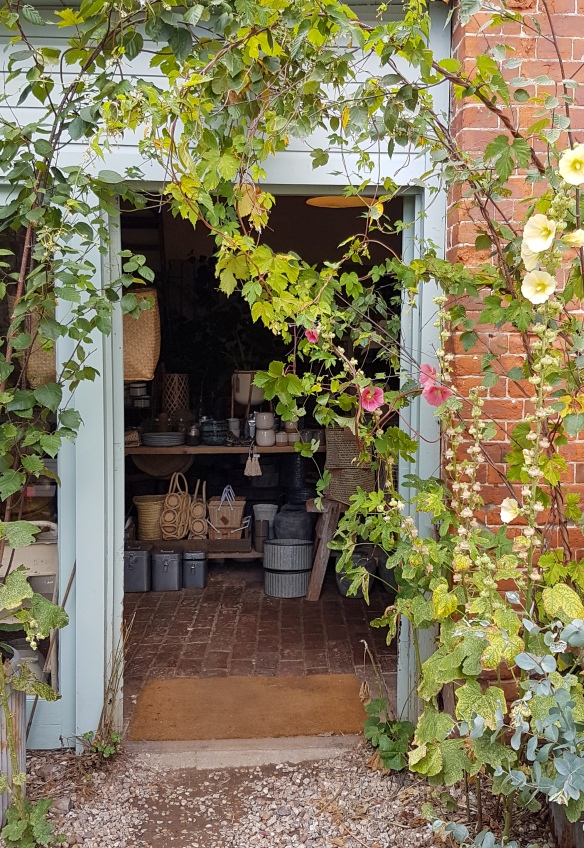 I won’t bore you with a blow-by-blow account of our holiday, but we enjoyed a classical concert at the North Norfolk Music Festival, the annual Tideliners arts and crafts exhibition where I acquired a new chopping board from woodturner Tim Plunkett, and a very fruitful local antiques fair (more on that haul another time).

My focus, predictably, was on food.

Letheringsett Watermill has been lovingly restored by the Thurlow family and you can see it in operation several days each week, although it’s worth a visit any day.

It produces a range of flours, including spelt and rye, which you can buy in its shop and online. There’s also a farmers’ market every third Saturday of the month. 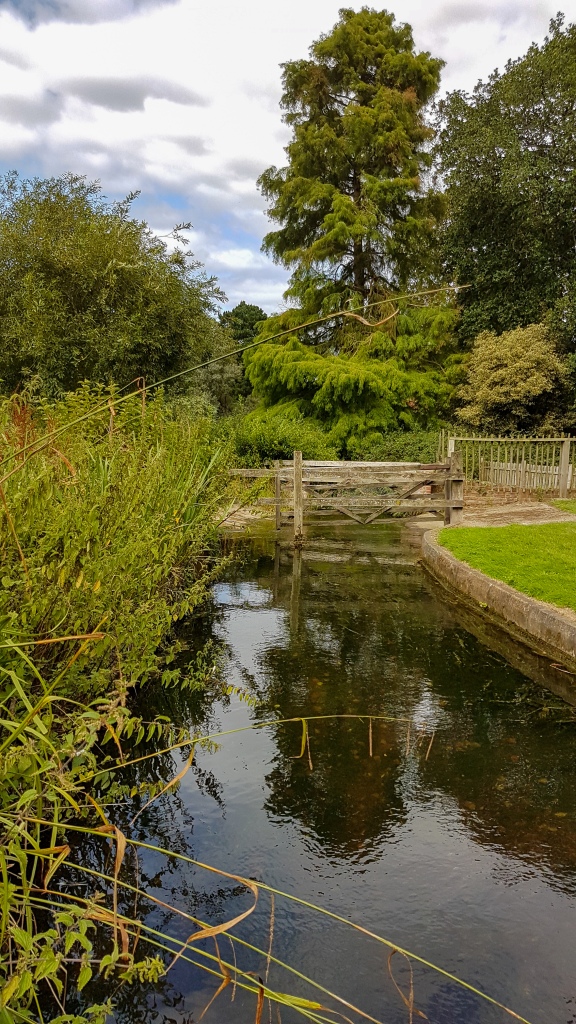 Do go if you’re in the area, it’s an interesting place and in a lovely spot. The Kings Head, round the corner, serves lunches. Their crab cakes were particularly good.

For copper pan aficionados, the old kitchens at Holkham Hall will induce deep envy and a criminal urge towards kleptomania.

Its upper rooms, built on an unusually human scale for a grand house, are full of Grand Tour souvenirs and some good paintings, from murky old portraits to brighter offerings (the Earl requires that pictures given on loan to exhibitions are cleaned, smart man).

And it has the biggest walled kitchen garden I’ve ever seen. This is run by a team of three professional gardeners, back up by local volunteers, and they’ve worked wonders at restoring it to its former glories. The glasshouses are fascinating, operated by complicated ventilation and heating systems installed during their 19th century heyday.

The North Norfolk food festival is held annually at Holkham (Aug 31 and Sept 1 this year). There are lots of really good producers of both food and drink. Make a day of it and squeeze in a visit to the kitchen garden at the same time.

There’s another walled kitchen garden at Wiveton Hall, which UK TV viewers might know from the series Normal For Norfolk. I didn’t get to meet the famous Derek, he of The Eyebrows, but I did pinch a mulberry from one of his huge and venerable trees (sorry, Derek). There’s a pick-your-own fruit farm at Wiveton, too, and a well-regarded cafe, although we didn’t eat there.

We splurged instead at Morston Hall Hotel, where chef Galton Blackiston has held a Michelin star for, I think, a decade or more. We enjoyed a set tasting menu, with accompanying wines, and it was a memorable meal.

Galton’s cooking is elegant and beautifully balanced, every component in his dishes complementing one another to make each mouthful a pleasure. His ingredients are often local; he’s a keen fisherman and his most recent book, Hook, Line, Sinker is my favourite seafood cookbook.

Interestingly, it was a couple of vegetable-based dishes we talked about most next day, a butternut squash veloute rich with Parmesan and scattered with toasted seeds, and a pea and mint offering that was indescribably delicious.

I wish other chefs would focus more on vegetables; so many tasting menus virtually ignore them and I come home replete from too many desserts but still longing for something green.

That didn’t stop me making several visits to the excellent Cley Smokehouse, where we bought fresh dressed crab, smoked prawns and pigeon breasts, Cley Smokies (whole smoked haddock on the bone, still awaiting my pleasure at the time of writing) and hot-smoked salmon.

This became the centrepiece of our last night’s meal, a sort of giant layered salad of dressed Cos lettuce, topped at the last minute with a horseradish-y potato and French bean salad, topped in turn with chunks of luscious salmon plus cucumber and tomatoes.

Sounds a mess, I know, and a far cry from Galton’s exquisitely produced dishes, but my sister-in-law enjoyed it so much she asked me for the recipe. No photos, sorry, we were too busy polishing off all that wine we’d brought with us.

Thanks to all my East Anglian friends who made recommendations, especially Lindsey Dickson for inspiring the visit to Stiffkey in the first place. We’ll be back in north Norfolk next year, for sure, there’s still so much to see and do.