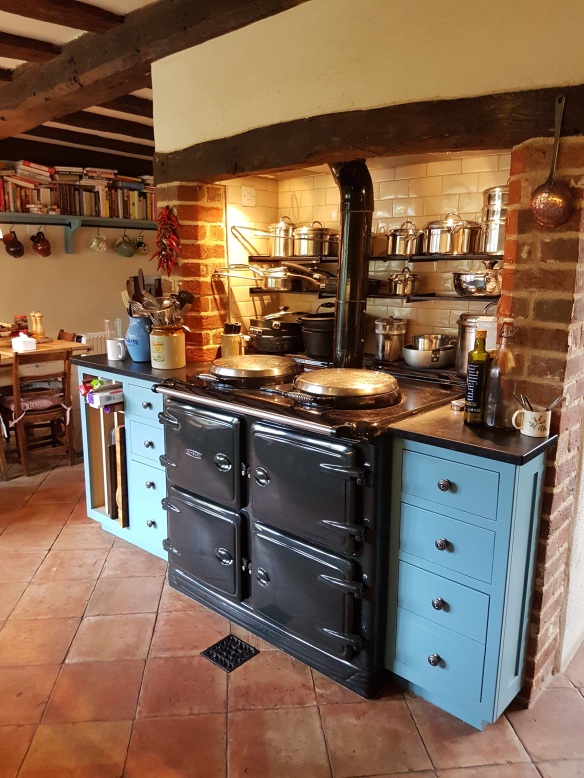 It looks quite handsome, doesn’t it, this cooker? When I originally wrote the tag line for this blog, A Suffolk Aga Saga, it was meant as a gentle joke. But it’s turned into the real thing and it doesn’t have a happy ending.

We had this big beast installed when we did up the kitchen at our house in Suffolk. It’s a Rayburn Alpha, a brand owned by Aga, and it was designed to act as a boiler and water heater as well as being a range cooker. It seemed like such a good idea at the time, an all-in-one solution. And after all, we’d been brought up to think an Aga was the heart of a home.

It is probably significant that Aga has since discontinued the model. In the last couple of years we have had it rebuilt virtually from the bottom up. We could nearly have bought a new one for the money it cost us the first time it had a catastrophic failure. We’ve had the repairmen out so many times I’ve pretty much got them in speed dial, I’m on first name terms with their receptionist/office manager and I know how many sugars the engineer likes in his coffee.

Then the other day it went wrong again. The central heating wasn’t working and the cooker was vibrating and roaring when it fired up.The repair to the heating bit was straightforward enough, even though it’s the second time in less than two months they’ve had to fix something mechanical or electrical. But the cooker is pretty much beyond repair.

Image of the money pit with its lid off

It’s lucky we turned it off when our friend Jenny was staying last weekend and we smelled burning oil, because the fire retardant panels inside had collapsed inwards, causing it to (again) burn its guts out. Did I mention that we live in a half-timbered house? 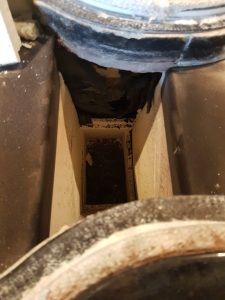 Image of the burned innards

We’ve had enough. We’re scrapping it and replacing it with a bog-standard boiler and some other form of cooker. By the time we’ve done this it will probably cost us another £10 thousand.

Yes, you read that figure correctly, and that’s on top of the high purchase price and the recent mega rebuild. It’s no coincidence that I’m driving an 11 year old car.

I’m not the only person who has complained bitterly about the quality of modern Agas and their spin-offs. The old ones were virtually indestructible – we had a second-hand gas-fuelled Aga in our old home in London and it never gave us a minute’s worry. This one though – if I had a mini digger (that’s a backhoe to you, American friends) I’d bury the damned thing in the garden and sing hymns over it, then dance on its grave.

The moral of this story – don’t buy an Aga. Spend your hard-earned cash on something that does what it says on the tin.