This recipe comes with a health warning … massa de pimentão, or Portuguese red pepper paste, is culinary crack. Once you’ve sampled it, there’s no going back.

The taste is hard to describe: it’s sweet and intensely peppery (red peppery, not hot peppery), it’s salty but not overly so, it’s quite creamy in texture. It’s a real flavour bomb.

My Portuguese friend Teresa tells me it’s traditionally used as a marinade, mostly for pork. It is used as both marinade and sauce in the classic Portuguese dish of pork with clams, Porco Alentejana, of which more later in the week. But there are myriad other uses: as a flavour hit in soups, stews and sauces and although it sounds a bit fusion-y (horrible word) I think it would be good stirred through pasta, perhaps with a few olives and capers and some tomato for acidity.

Ignore anyone who says it’s a faff to make. It’s easy if you’ve got a food processor, but you do need to start it the day before. And yes, I did think about short-cutting the method by using a jar of roasted peppers, but it simply wouldn’t taste the same. The salting process is a large part of what gives massa de pimentão its unique flavour.

De-seed the red peppers and cut them into thick strips. Put them in a bowl with the sea salt, toss well to mix, cover and leave overnight.

Next day, drain off and discard the salty juices and pat the peppers dry with kitchen paper. Pre-heat the oven to 200C/400F/Gas Mark 6. Scatter the peppers in a single layer in a large roasting tin and cook for about 30 minutes, until just beginning to char at the edges. 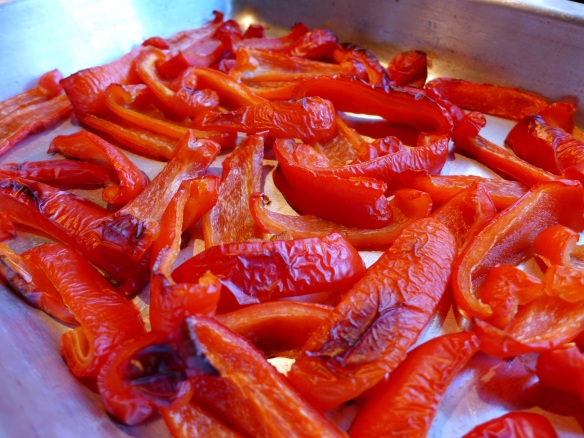 Scoop into a clean bowl, cover with cling film and leave for 10 minutes. Then peel off the skins and put the peppers into a food processor with two crushed cloves of garlic. Pulse, add just enough olive oil to make a thick, smooth paste and whizz until blended.

Decant into sterilised jars and store in the fridge. It will keep for a couple of weeks.