Don at home in his Norfolk kitchen

Most people, faced with forcible retirement at the age of 70, would look forward gratefully to a well-earned rest.

Not Don Lear. He started a new business.

It began with a chance overheard remark. Don and his wife Joan often ask the neighbours over for a barbecue, when Don will make his speciality, onion bhajis.

Then one day he heard one friend say to another: “Don’t forget we’re going over to the Bhaji Man’s tomorrow.”

It was a bit of a light bulb moment for Don.

Some years on, he sells 30 thousand onion bhajis a year under the Bhaji Man trade name, along with 14 Indian, Sri Lankan  and Thai curries.

He began by making them in the family kitchen. Now they’re put together by a wholefoods company in the Cotswolds but still packaged by hand by Don and Joan.

They’re curry kits – but not an instant paste or a ready-meal. Every box contains the herbs and spices you need to cook a curry, with a shopping list and a recipe. Apart from that there are no short cuts. You do the work.

Because Don’s on a mission – a mission to get families cooking together properly, from raw ingredients to finished dish.

“Only one in six British families cook from scratch so you can just imagine what rubbish many people eat and what they spend,” says Don. “For a generation and a half we haven’t mentored our kids round the kitchen table.”

Just as an exercise I priced up what it would cost to buy 10 of the 11 spices featured in Don’s prawn curry recipe (the 11th wasn’t available) if I was buying the cheapest possible jars from a well-known supermarket. They came to £10.80.

With prices starting at £2 each his packs are comparatively economical if you don’t want to spend a fortune on lots of different spices you think might go off before you finish them. Everything is neatly parcelled up for a one-off use.

Don is now heading for his 80th birthday but shows no signs of slowing down. In fact he’s expanding – his products are now sold in 35 Co-op stores in the east of England as well as in farm shops and delis and on his website.

He cooked an enormous range of his curries when when he invited me round for lunch and a chat at his Norfolk home, which doubles as Bhaji Man headquarters. Then he sent me home with the leftovers and a bag of goodies.

I don’t normally accept freebies because I prefer to stay impartial (all those years at the BBC left their mark) but Don is impossible to say no to, especially when he’s pushing things into your arms as he walks you to your car in the pouring rain.

He wouldn’t let me do the washing up, either. He’s a lovely man and a thorough gent.

So in the interests of research and because it would have been rude not to, I took the samples home and shared them round our curry-loving family. We’ve all cooked a couple now and the feedback has been very favourable, the curries well-balanced and authentic in taste.

According to Don, as a nation we eat 3.5 million Indian takeaways a year. Rather than picking up the ‘phone and waiting for the man on the motorbike, he wants us to make our own tikka masala, rogan josh, jalfrezi, korma or vindaloo (and a few more besides).

And he’s living proof that you don’t have to be a trained cook to do it.

Don came to Britain from Sri Lanka as a young man and before rising to run his own award-winning car dealership he worked as what he calls a “grease boy”, or lowest-ranking mechanic, in London.

He earned a pittance but wanted to live in upmarket Kensington so most of his salary went on the rent.

“I had a small stove and one day a lady friend came round and gave me a copy of a Madhur Jaffrey cookery book and that’s how I learned how to cook.” 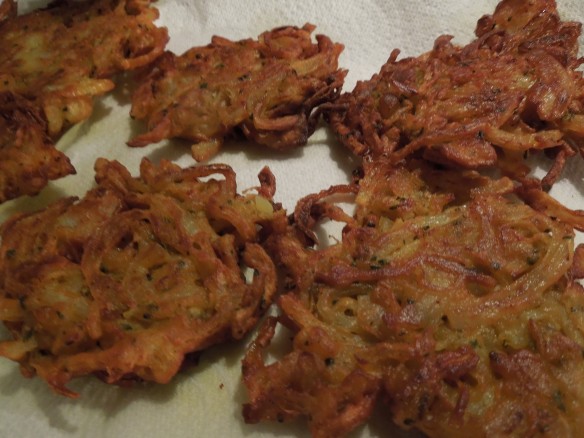 Apparently his new-found talent was very popular with his various lady friends and he prides himself these days on persuading men who’ve never set foot in a kitchen to cook for their partners.

“Make the curry the day before, invite her round, take a shower and light a candle,” is Don’s advice. Commendable attention to detail, I say.

Don has very generously given away one of his trade secrets for me to share, the full recipe for his spicy and creamy prawn curry.

Don uses shell-on prawns here because, as he rightly says, you get more prawny flavour if you cook them in the shell. If you can only buy shelled prawns, don’t worry, but do try to use raw prawns. Pre-cooked prawns tend to be flavourless and tough when you re-heat them.

This is the secret ingredients bit:

Peel and grate the ginger.

For a very aromatic dish, dry fry the  coriander, cumin, fennel, cinnamon, cloves, cardamons and peppercorns for 2-3 minutes, then grind in a pestle and mortar or coffee grinder.

(Don says if you’d prefer it less aromatic, you can omit the dry frying and go straight to grinding the spices. I think you’d be bonkers.)

Heat the oil in a wide, deep frying pan and sizzle the curry leaves for 2 minutes.

Next put in the onions, garlic and ginger, turn down heat to low and fry for 7-10 minutes until the onions are soft and lightly golden.

Add the ground spices from step one and fry for another 2 minutes, stirring frequently.

Add the tomatoes, green chillies, coconut milk, salt and lemon juice, bring back to a gentle simmer and cook for 15 minutes.

Add the prawns, stir the pan, bring back to a good simmer then cook gently for 5 minutes or until the prawns have changed colour.

Finally, cover the pan and set aside for 10 minutes or so to allow the prawns to continue cooking in their own heat without toughening up.

Don recommends serving it with a crunchy cucumber and mint raita, pilau rice and perhaps a lentil dhal or aloo ghobi.

3 thoughts on “The Bhaji Man”